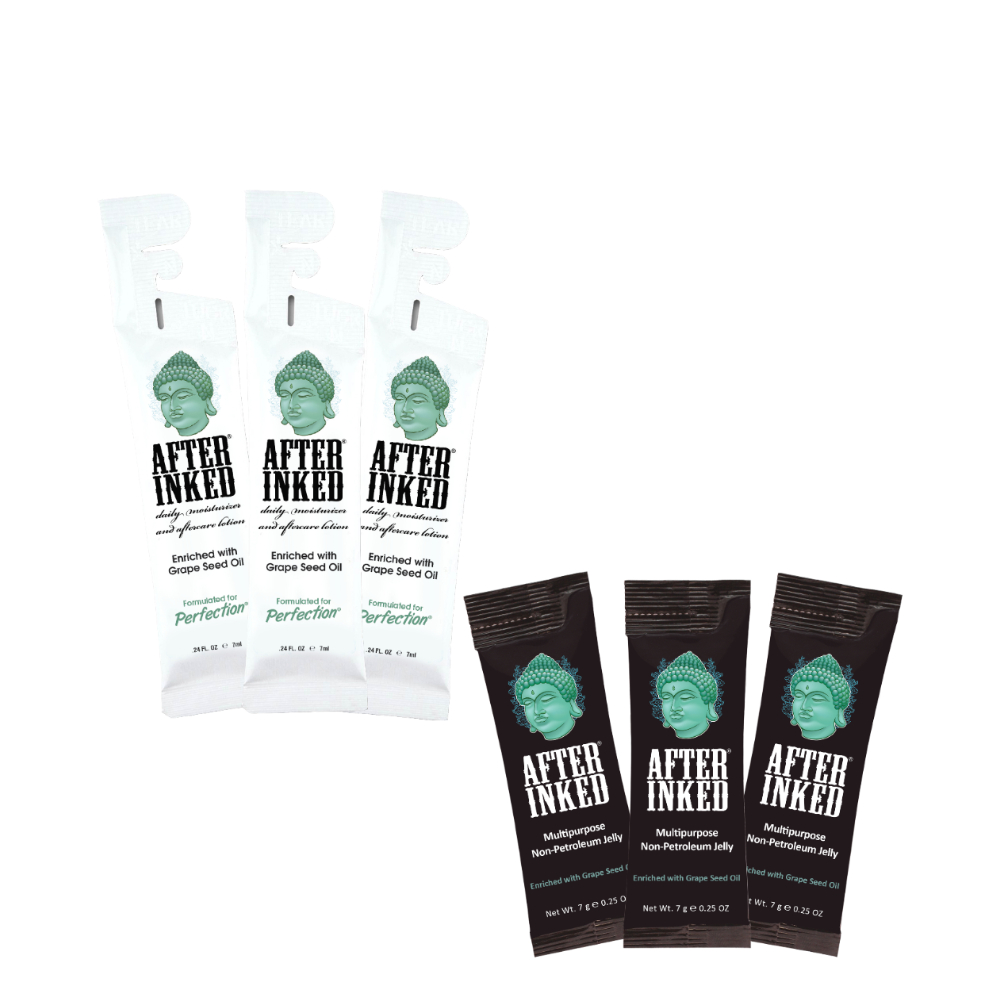 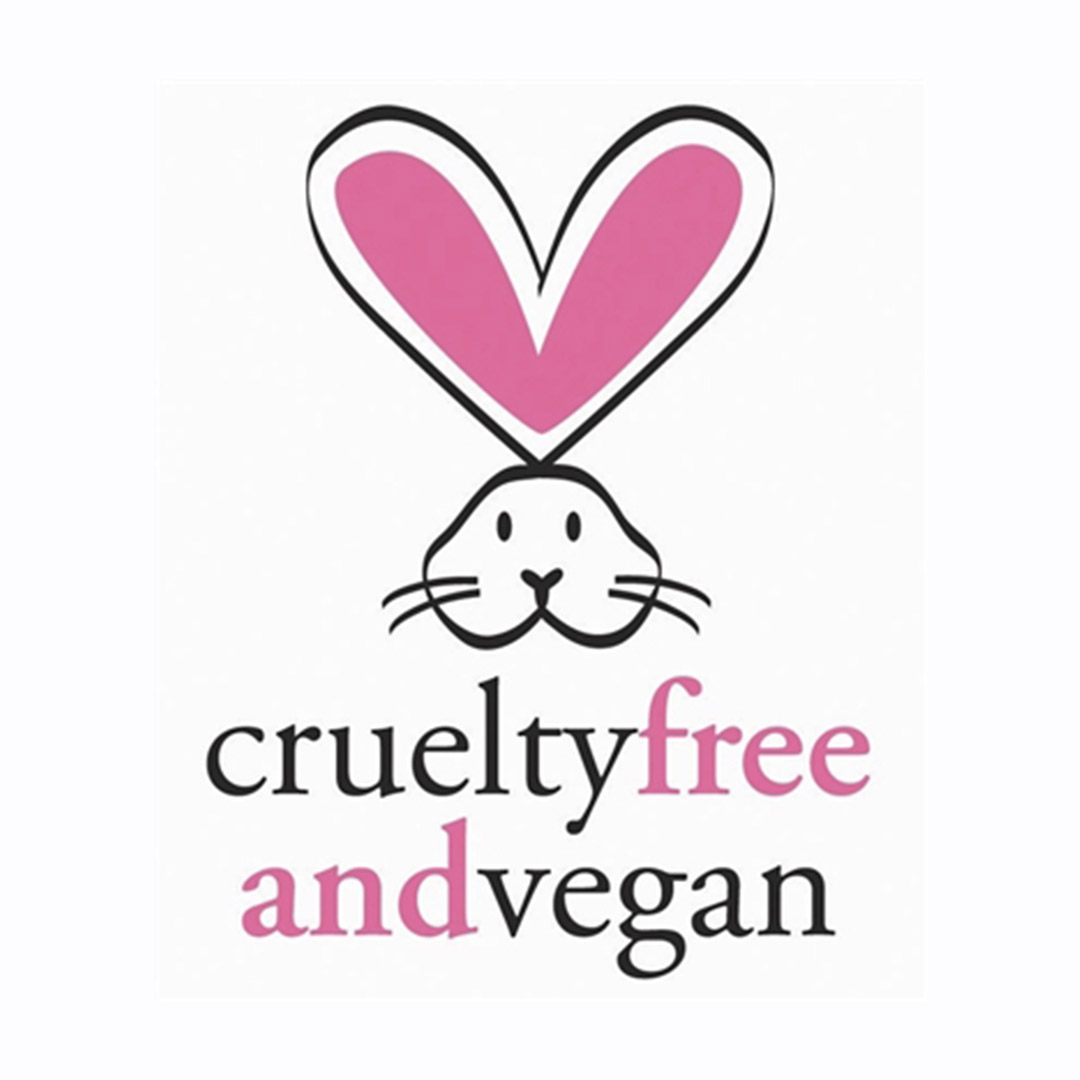 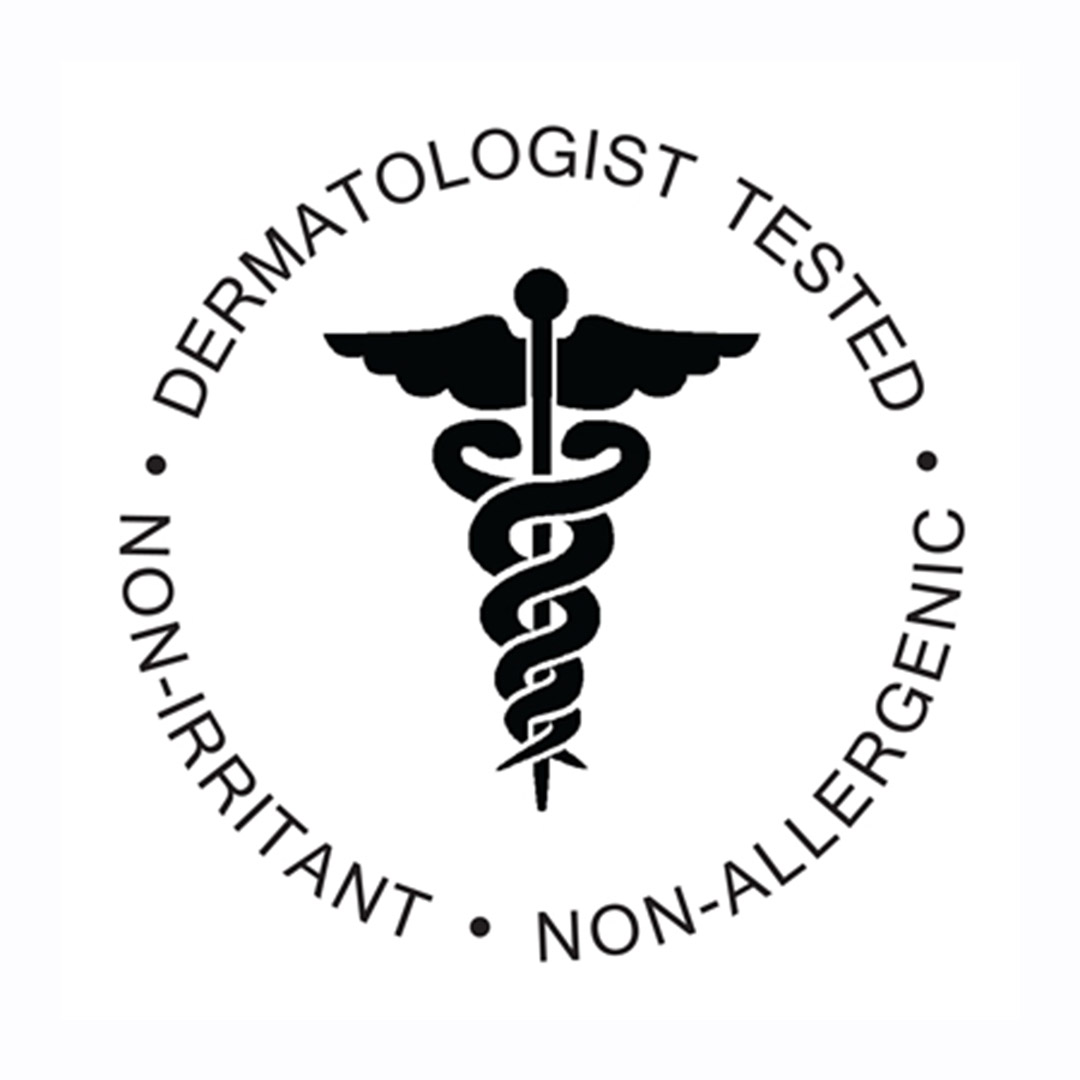 After Inked® Tattoo Moisturizer is a patented formula that delivers effective skin moisturization and helps to preserve the colors of your tattoos. There’s no petroleum so it won’t stick to or stain your clothes.
This moisturizing skin lotion, enriched with Grape Seed Oil, can also be used on any permanent makeup procedure on lips, brows, eye liner, and areola, as well as an after-laser tattoo removal moisturizing lotion.

If you are Vegan, After Inked® is great for you. It’s also been Dermatologist tested, non-allergenic and non-irritating.

After Inked® is blended and packaged in the USA. We only use facilities that are inspected by the United States Food and Drug Administration (FDA) to ensure that the quality of our products meet the most stringent standards and that they exceed your expectations.

After Inked® is used and recommended by world renowned tattoo artists and has been featured on TV’s Ink Master and NY Ink.

Patented formulation. Made in USA.

Multipurpose Non-Petroleum Jelly for Tattoos, Piercings and everything in between

It is the perfect Vegan ointment without any Petroleum! Enriched with Grape Seed Oil.

AFTER INKED® MULTIPURPOSE JELLY IS AWESOME FOR TATTOOS AND PIERCINGS:

A. Before, During & After the Tattoo Procedure!
Better glide, optimal grip! Less is more! It doesn’t melt like butter!

Bring your tattooing procedure to the next level!

B. Piercing Conditioner
Use After Inked® Non-Petroleum Jelly to soothe the newly healed stretched skin and as a lubricant when inserting larger gauge jewelry.

"Will Anthony is a respected veteran in this business, he is extremely knowledgeable, attentive to detail and a passionate follower of proper sanitizing measurements.
As a fellow artist and trainer myself, I strongly recommend his tools, pigments, services and trainings to anyone who is looking for quality and safety."
Ana Perrone
Wills knowledge, experience, the way the information was layed out, his work and the whole experience of the class were incredible and the catalyst I needed to come back to my studio and practice what I've learned. The eyeliner and brows that I've done since his class are levels above the work I was doing before.
Whether you get your permanent makeup done by him or take his class or both. It's money well spent. Do it.
Felecia Flourishes
As a fellow permanent makeup artist, I am glad I have been able to learn a lot from Will through his generous knowledge sharing and a webinar I took on his stretchniques. Will does perfect Smokey eyeliner tattoo everytime. His liner work is inspirational, wish I lived in the same country so I could take his course in person. Highly recommended as a permanent makeup artist and trainer.
Kay C